Cantabria Labs prepares its launch in China and assesses acquisitions in the United States and France The Cantabria Labs Pharmaceutical Industry (Cantabria Pharmaceutical Industry) prepares its launch in China through a local branch and is considering the acquisition of two companies, one in the United States and one in France, in order to be present in both markets, its managing director, Juan Matji, stated in an interview with Efe. Cantabria Labs, a family-owned dermatology company, already has branches in Portugal, Italy, Morocco, Germany and Mexico, but sells its products in about eighty countries via distributors. Over the past five years, the company has opened in a market in twenty countries, including Russia, Japan, Qatar and China. The company, which started its business activities in 1994, has manufacturing facilities in Santander for topical products and in Madrid for oral medicines. Cantabria Labs expects to reach a turnover of 150 million Euros this year, a 25% increase compared to 2016, when it had a turnover of 120 million, of which 60% came from international trade. Following the establishment of the Mexican branch in early 2017, the company is preparing to launch its activities in China along with a local partner. “We are laying the foundations for the branch in China,” Matji explained. In regard to the United States and France, the idea is to buy local companies to enter the respective markets. Matji pointed out that the company did not rule out a stock market listing, although it was underlined that before doing so, the company will need to become bigger and have a solid and sustainable profit history behind it. “According to the CEO of Cantabria Labs, the company set itself the goal of increasing turnover to 300 million over a five-year period. Cantabria Labs will soon begin construction of its new manufacturing facility in the Cantabrian city of La Concha, planning to invest 20 million Euros there. This manufacturing plant, which will replace the current one in Santander, will be built in two years and will allow a ten-fold increase in the Group’s current production capacity.

Notification of adverse effects of medication

If you suspect you have had adverse effects while taking medication made by Difa Cooper or you have found any defects, please notify your doctor, pharmacist or healthcare facility immediately

READ ON TO FIND OUT HOW 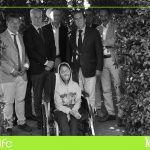 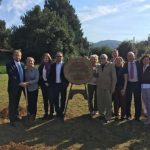